What are you doing the day before vacation? Packing, laundry, cleaning, washing cars…the list goes on and on.
With a sensitive gut I have learned and choose to take my own food just about everywhere I go. Vacation to the in-laws is no exception.

This morning, as my husband slept soundly in bed until 12 pm, I was baking my brains out.

Honestly, I had a bit of apprehension because baking gluten free can be a challenge, even when you follow a recipe to the 'T'. And that list is also endless on what potentially went wrong: were the ingredients not room temperature enough, did I forget the binder, was my homemade flour blend ratios off? Oh the possibilities!

The apprehension quickly faded as I began planning. I knew I needed to make banana bread, those bananas were about to take a turn for the worse; I had acquired a large zucchini from a dear friend the night before, so that would go into a bread, and granola was initially on the agenda.

'How do I make them gluten free now? Which flours should I use?' I have a plethora in my pantry: sorghum, rice, quinoa, oat…

I decided to consult a recipe book from several years back, when my husband and I were first married. Gluten free and vegan recipes. Phew! That was an interesting diet for sure, but I'll save that for another blog.

Banana bread was fairly simple, I've made plenty o' those in my day. The zucchini recipe, though; I'd never made that. Actually, that's not true. I attempted it once during those GF vegan days, and it was a disaster. Never having the courage to try again, until today. Needless to say, I needed to know what a conventional recipe looked like. Thank you, Pinterest.
I ended up simply adapting the recipe. Switching out basics: recipe called for oil, I used butter, recipe called for applesauce, I juiced an apple and used the pulp (which is what I did with the zucchini too; yummy juice actually), recipe called for sugar, I used honey. Blah, blah, blah. You can see my recipe below.

Here is where the tides changed in my baking agenda. As I had said before, granola was on the list, but I just wasn't feeling it. So I recruited ANA's 4 year old opinion. Granola or bread? "More bread!"
The next bread was the orange, cranberry, nutmeg bread. I squealed when I saw it the oven after about 40 minutes. No one would have ever guessed it was gluten free. SERIOUSLY! I kept playing in my mind what Mary Berry and Paul Hollywood from The Great British Baking Show would be saying. Mary would compliment, "I can smell the orange wafting up as Paul cuts the bread. It smells wonderful!" Paul would comment, "You can see the cranberries are evenly distributed throughout…*taste*…That's amazing! Well done! I would have never thought it was gluten free!" Then he would extend his hand for a hand shake!

Finally, the blueberry bread. Thank you, again, Pinterest. The first recipe I came across was chalk full of berries, 2 cups worth! Oddly enough, this is the only blueberry bread/muffin recipe I have ever come across that said frozen blueberries were just as acceptable as fresh berries. Yessss!

Another success! It felt SO good to knock out 4 amazing gluten free breads. And 3 of them with no sugar! I did end up using coconut sugar in the blueberry bread to experiment with the creaming method. Which worked well.

(I'm a little sad to say I did not take any photos to prove how delicious these breads looked. But alas! this is after all, the real world, not the movies).

You can add cream cheese, butter or honey butter, or enjoy with no topping at all. My loaf rose nicely, and it came out very moist, earthy and delicious.

Stay tuned for the other bread recipes I mentioned. 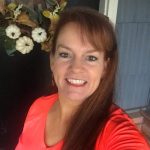 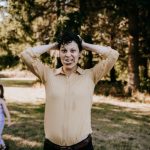 Sheri Hollinger and Andi Anderson have joined collaborative and creative brains to bring you The Healthy Follower.

A place where women can receive encouragement, a sprinkle of joy in their lives, and balance in their spiritual walk, physical capability and mental well-being.